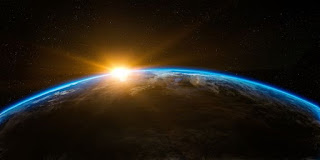 NASA’s Transiting Exoplanet Survey Satellite (TESS) has discovered its first Earth-size planet in its star’s habitable zone, the range of distances where conditions may be just right to allow the presence of liquid water on the surface. Scientists confirmed the find, called TOI 700 d, using NASA’s Spitzer Space Telescope and have modeled the planet’s potential environments to help inform future observations.
TOI 700 d is one of only a few Earth-size planets discovered in a star's habitable zone so far. Others include several planets in the TRAPPIST-1 system and other worlds discovered by NASA’s Kepler Space Telescope.
“TESS was designed and launched specifically to find Earth-sized planets orbiting nearby stars,” said Paul Hertz, astrophysics division director at NASA Headquarters in Washington. “Planets around nearby stars are easiest to follow-up with larger telescopes in space and on Earth. Discovering TOI 700 d is a key science finding for TESS. Confirming the planet’s size and habitable zone status with Spitzer is another win for Spitzer as it approaches the end of science operations this January."
Read more at NASA

Posted by AIT Library at 2:43 AM No comments:

The Earth's magnetic field is weakening between Africa and South America, causing issues for satellites and space craft.
Scientists studying the phenomenon observed that an area known as the South Atlantic Anomaly has grown considerably in recent years, though the reason for it is not entirely clear.
Using data gathered by the European Space Agency's (ESA) Swarm constellation of satellites, researchers noted that the area of the anomaly dropped in strength by more than 8 per cent between 1970 and 2020.


"The new, eastern minimum of the South Atlantic Anomaly has appeared over the last decade and in recent years is developing vigorously," said Jürgen Matzka, from the German Research Centre for Geosciences.
"We are very lucky to have the Swarm satellites in orbit to investigate the development of the South Atlantic Anomaly. The challenge now is to understand the processes in Earth's core driving theses changes."

Read more at Independent
Posted by AIT Library at 4:27 AM No comments:

Enlisting Monoclonal Antibodies in the Fight Against COVID-19

We now know that the immune system of nearly everyone who recovers from COVID-19 produces antibodies against SARS-CoV-2, the novel coronavirus that causes this easily transmitted respiratory disease [1]. The presence of such antibodies has spurred hope that people exposed to SARS-CoV-2 may be protected, at least for a time, from getting COVID-19 again. But, in this post, I want to examine another potential use of antibodies: their promise for being developed as therapeutics for people who are sick with COVID-19.
In a recent paper in the journal Science, researchers used blood drawn from a COVID-19 survivor to identify a pair of previously unknown antibodies that specifically block SARS-CoV-2 from attaching to human cells [2]. Because each antibody locks onto a slightly different place on SARS-CoV-2, the vision is to use these antibodies in combination to block the virus from entering cells, thereby curbing COVID-19’s destructive spread throughout the lungs and other parts of the body.
Read more at NIH Directors Blog
Posted by AIT Library at 8:06 AM No comments: 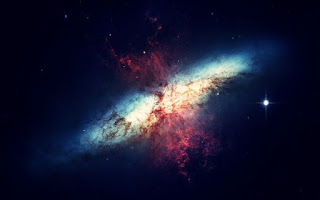 Astronomers say they have discovered a black hole on our doorstep, just 1,000 light years from Earth.
It was found in a system called HR 6819, in the constellation Telescopium.
The system appears through a telescope as a single bright star, but telltale signs in the light emitted have previously revealed there to be two stars present.
Now experts say they have further analysed the data to discover there is another body within the system: a black hole with a mass over four times that of our sun, and the closest to Earth found so far.
Read more at the Guardian
Posted by AIT Library at 2:28 AM No comments:

The Best Websites for Expanding Your Scientific Knowledge 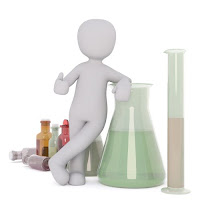 The American Association for the Advancement of Science, or “Triple A-S,” is an international, professional, non-profit organization dedicated to the advancement of science, engineering, and innovation throughout the world for the benefit of all people.

ScienceStage.com is an online portal for the advanced teaching of science and scientific research. They provide a virtual conference room, lecture hall, laboratory, library, and a meeting venue for the presentation and transfer of scientific knowledge.

ScienceDaily is one of the most popular science news sites on the web and covers breaking scientific news and the latest scientific discoveries.

Science News is an award-winning, news magazine that publishes concise, accurate, timely articles about all areas of science and covers important and emerging scientific research

Read more at HowtoGeek.com
Posted by AIT Library at 8:02 AM No comments:

Seeking the essence of consciousness in the human brain: spirituality or science? 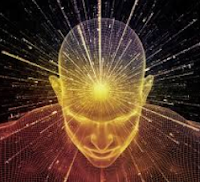 Are you ready for this? There’s an exciting debate underway among respected scientists over a theory more fascinating than Einstein’s about relativity. This new, science-based theory suggests that our consciousness, even our personalities, do not die when we do, have been around far longer than we have, and continue indefinitely.

So let’s take a quick look at how some distinguished scientists have come to acknowledge our very soul, and how the brain in each of us has an identifiable, measurably spiritual nature. And we can start with something as celebrated as things and places said to be “haunted.”

Read more at Riverhead Local
Posted by AIT Library at 2:23 AM No comments: 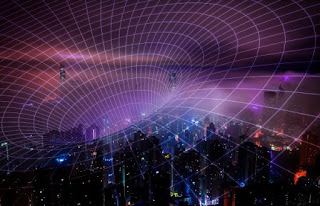 Some Swiss regions have suspended the use of new mobile sites constructed for 5G due to health concerns.
The country is one of the most advanced 5G nations in Europe, with Swisscom and Sunrise among the first to launch next-generation networks. Speeds and coverage outpace other nations in the region and the government itself is interested in using 5G for applications like smart farming.
However, Switzerland is also home to a vocal community of anti-5G campaigners. Protests have taken place in major cities while rural mayors have declared their desire to remain ‘5G-free zones’.
Read more at TechradarPro
Posted by AIT Library at 4:22 AM No comments: