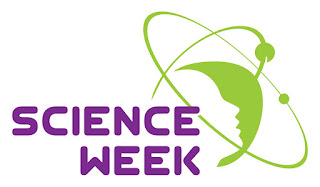 Science Week 2019 will focus on climate action, seeking to help people understand climate change, how science and technology can help us create a positive climate future and the impact we as individuals can have on climate change. While one person may feel unable to make a difference on their own, a collective effort to offset our carbon emissions will have a positive impact.  Throughout Science Week there will be a variety of ways for you to get involved and find out more about our amazing planet through events, interviews, social media and much more. You can get involved by finding an event to attend here or following #BelieveInScience online.

Read more at Science Foundation Ireland
Posted by AIT Library at 9:11 AM No comments: 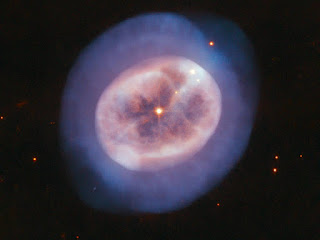 The huge black hole at the heart of our galaxy has turned unusually bright – and scientists have no explanation for the dramatic behaviour.
It has started eating far more interstellar gas and dust than it has ever been seen doing before, researchers said. When they first spotted it, they thought they had accidentally looked a star – but further research has shown that the black hole is in fact showing behaviour that astronomers had never expected.
“We have never seen anything like this in the 24 years we have studied the supermassive black hole,” said Andrea Ghez, UCLA professor of physics and astronomy and a co-senior author of the research. “It’s usually a pretty quiet, wimpy black hole on a diet.

Read more at Independent
Posted by AIT Library at 5:09 AM No comments: 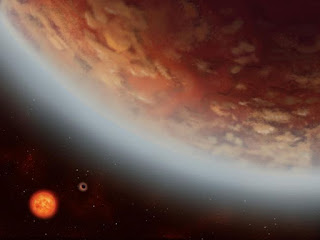 Water vapor has been found in the atmosphere of a distant planet that’s just over twice the size of Earth. It’s the smallest world yet found with water in its surrounding atmosphere, and it’s possible that it even rains liquid water there. That makes this world a tantalizing candidate in the ongoing search for extraterrestrial life outside our cosmic neighborhood.
Finding water around an exoplanet (a world outside our Solar System) is particularly exciting for scientists because water is a critical ingredient for life on our planet. It could equally be pivotal for life that exists elsewhere in the Universe. Researchers have found this precious molecule around exoplanets before, but these worlds have not been suitable places for life to thrive. They’ve been large balls of gas, similar in size to Jupiter or Neptune, lacking any kind of surface for life as we know it to exist.
Read more at the Verge
Posted by AIT Library at 5:00 AM No comments: 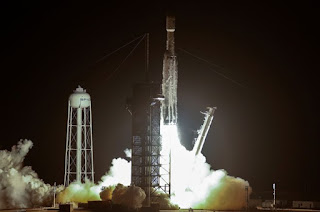 Nasa has put a miniaturized atomic clock in orbit that it believes can revolutionize deep-space navigation.
About the size of a toaster, the device is said to have 50 times the stability of existing space clocks, such as those flown in GPS satellites.
If the technology proves itself over the next year, Nasa will install the clock in future planetary probes.
The timepiece was one of 24 separate deployments from a Falcon Heavy rocket that launched from Florida on Tuesday.
The other passengers on the flight were largely also demonstrators. They included a small spacecraft to test a new type of "green" rocket fuel, and another platform that aims to propel itself via the pressure of sunlight caught in a large membrane; what's often called a "lightsail".

Read More at BBC news
Posted by AIT Library at 2:26 AM No comments:

Our Universe Might Be Trapped Inside An Enormous Black Hole! 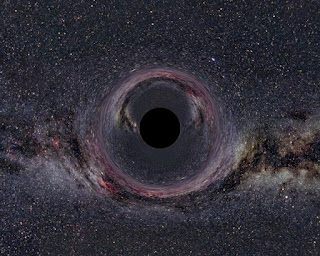 For almost a century, the Big Bang theory has been bandied as the ultimate theory that describes the origin of the universe. The universe, as we know by it, was created in a massive explosion that created the majority of the matter which our physical laws abide by. Scientists believe that our galaxy, the Milky Way, came into existence billions of years ago, following the Big Bang and that the already-vast universe is an ever-expanding cosmos.
Now, a recent breakthrough states that black holes also have the singularity trait in common with the universe. The new study conducted by a team of progressive astrophysicists at Canada’s University of Waterloo has mentioned that the universe exists farther from the horizon of a huge black hole with higher dimensions, and it might have been present in the cosmos right from the very beginning of time.
Read More at Mashable
Posted by AIT Library at 4:47 AM No comments: 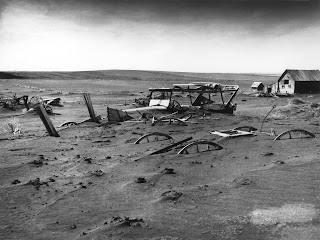 On land, in the seas, in the sky, the devastating impact of humans on nature is laid bare in a compelling UN report.
One million animal and plant species are now threatened with extinction.
Nature everywhere is declining at a speed never previously seen and our need for ever more food and energy are the main drivers.
These trends can be halted, the study says, but it will take "transformative change" in every aspect of how humans interact with nature.
From the bees that pollinate our crops, to the forests that hold back flood waters, the report reveals how humans are ravaging the very ecosystems that support their societies.
Three years in the making, this global assessment of nature draws on 15,000 reference materials, and has been compiled by the Intergovernmental Science-Policy Platform on Biodiversity and Ecosystem Services (IPBES). It runs to 1,800 pages.
Read more at the BBC
Posted by AIT Library at 6:55 AM No comments:

Could viruses called bacteriophages be the answer to the antibiotic crisis? 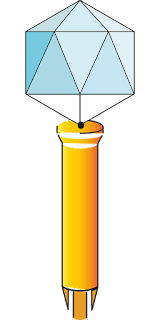 Our generation has been lucky enough to live through a golden age in medicine – the age of antibiotics, where drugs to kill bacterial infections off quickly are readily available. Now, though, growing numbers of bacteria are becoming resistant to our most powerful drugs, evolving into new strains – often called ‘superbugs’ – that we can no longer kill. Already drug resistance kills over 700,000 people globally every year and if we fail to tackle the problem it could cause an extra 10 million deaths a year by 2050.
New antibiotic drugs are proving difficult to find – but there is a completely different approach to killing bacteria that may prove vital in saving us from infections: using viruses.